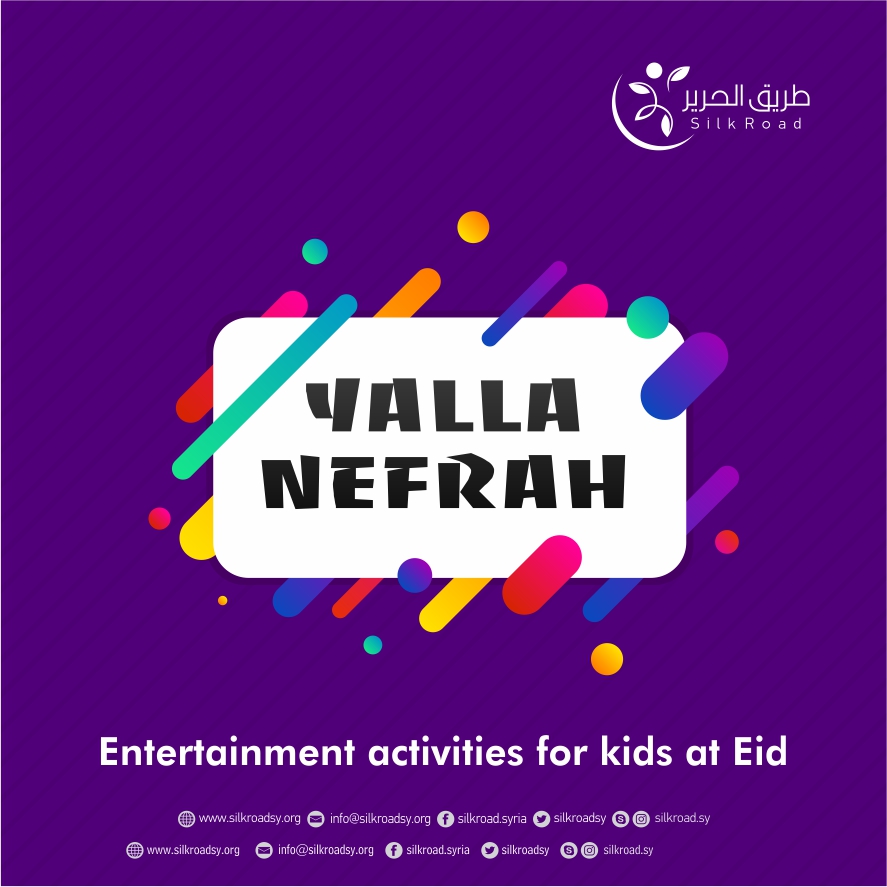 SRO organized entertainment activities during the Eid which included distribution of some gifts to the children inside Syria under the title "Yalla Nefrah" in the northern and eastern countryside of Aleppo, as well as the area of Tal El Abyad in the province of Raqqa. The areas covered by the activities are: Menbaj, Ain Al Arab, Ghroor, Ehtiemlat, Ain Al Arab camp, as well as Ein Issa camp in Tal El Abyad area. 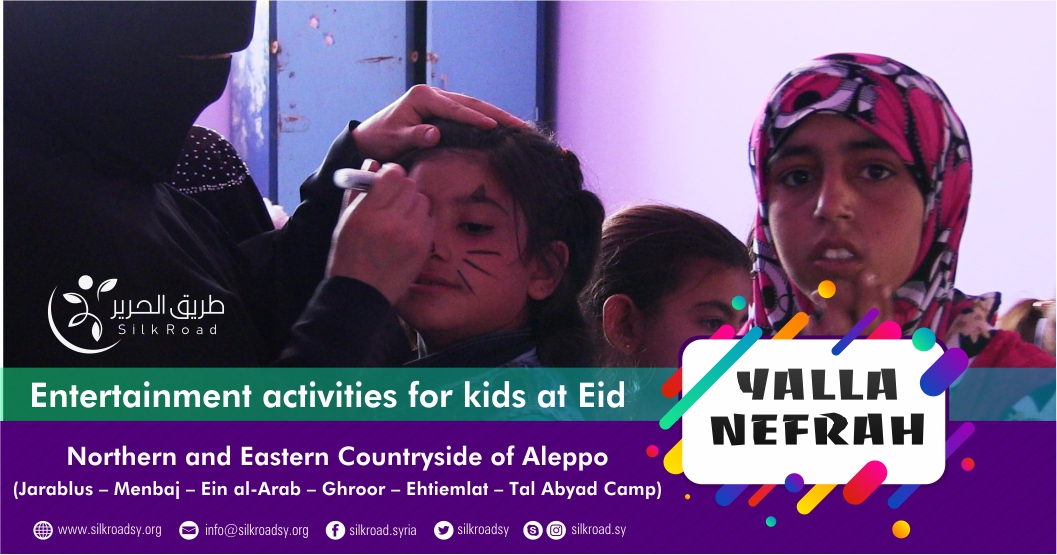 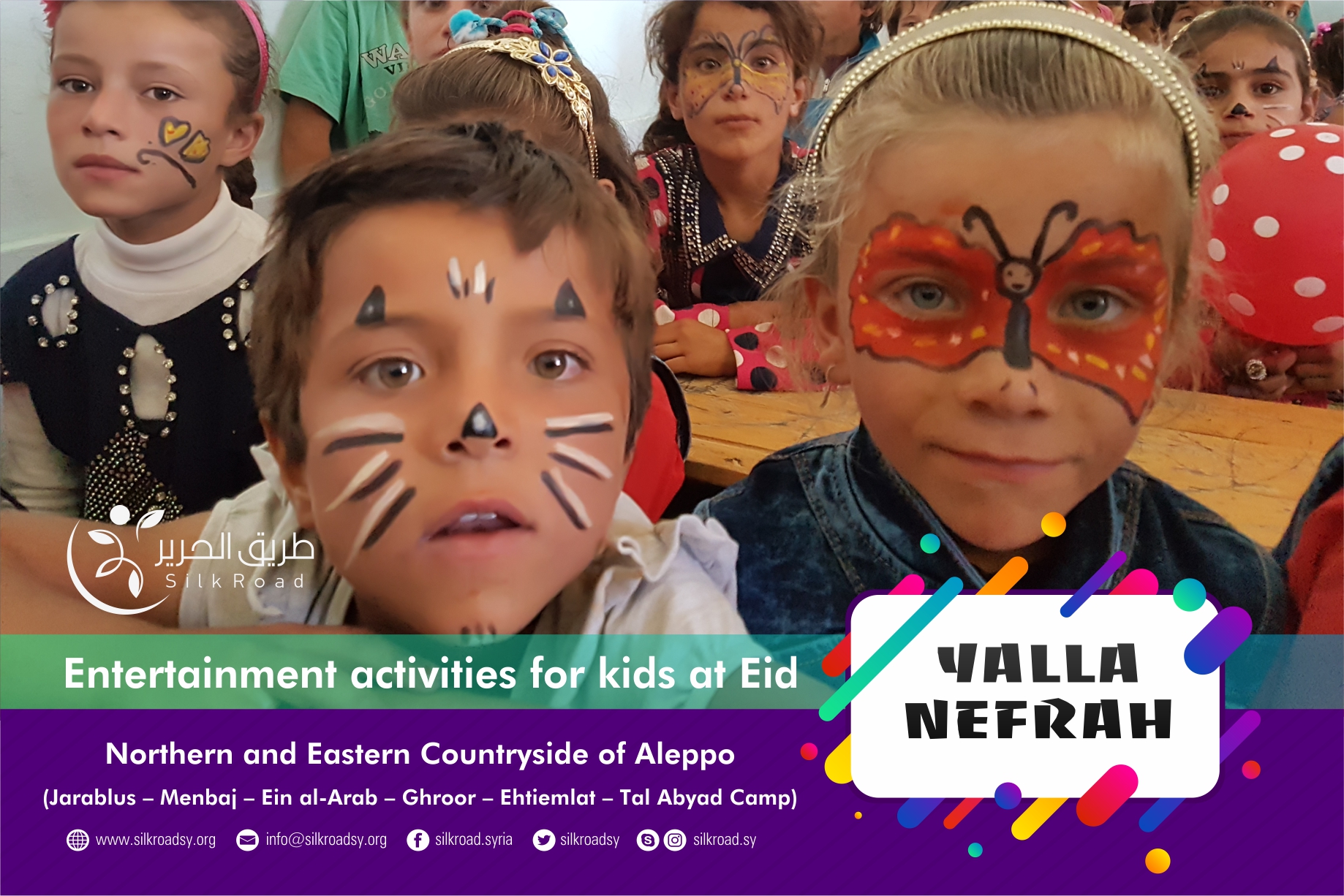